What Are the Different Types of Pollen Allergies? 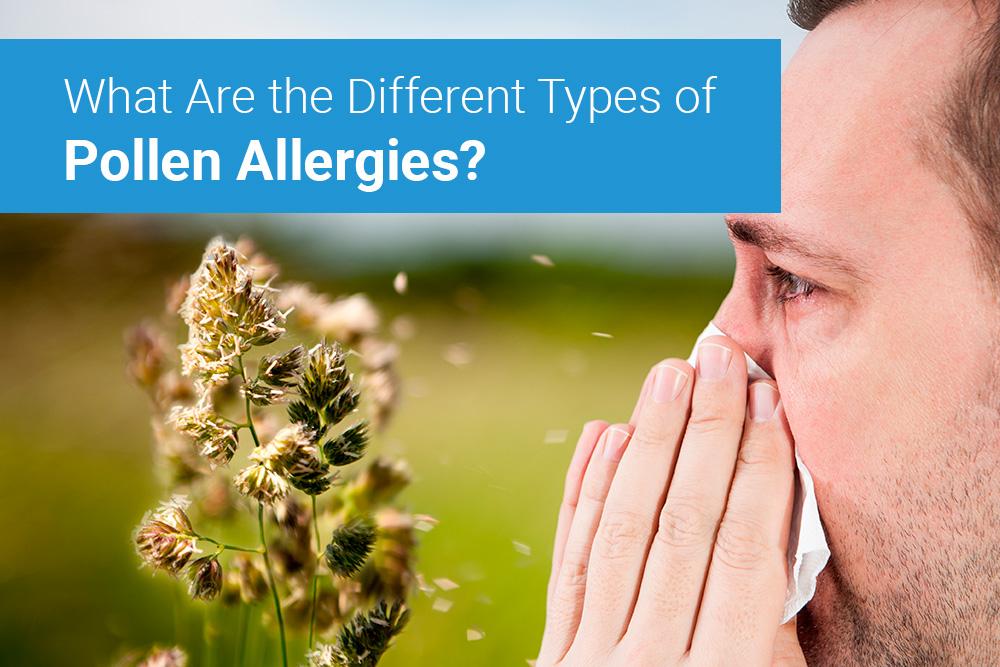 Many people think of a “pollen allergy” as an all-encompassing allergy that includes all pollens. However, there are many types of pollen in the environment, and it’s possible to be allergic to one kind of pollen but not another. If you think you might be suffering from a pollen allergy, see an allergy specialist in Las Vegas to identify and diagnose your allergies to receive proper treatment.

What is Pollen?
Pollen is one of the most common sources of allergies and can also cause hay fever. No matter what plant it comes from, pollen looks like a fine yellow powder. It is essential for fertilizing plants and spreads easily in the wind. Pollen can also be carried by birds, insects, and other animals. Although pollen is beneficial for plants and plant growth, it can cause problems in those who are allergic to the substance. Pollen is most abundant in spring and summer, but it can appear any time during the year. Pollen allergies are considered one of the world’s most common outdoor allergies. According to estimates, approximately one in seven people has a pollen allergy and according to the CDC, one in five people have allergic rhinitis. Since it can be hard to figure out what kind of pollen you are reacting to, schedule an appointment with a Las Vegas allergist to pinpoint the cause of your allergies and start finding relief. 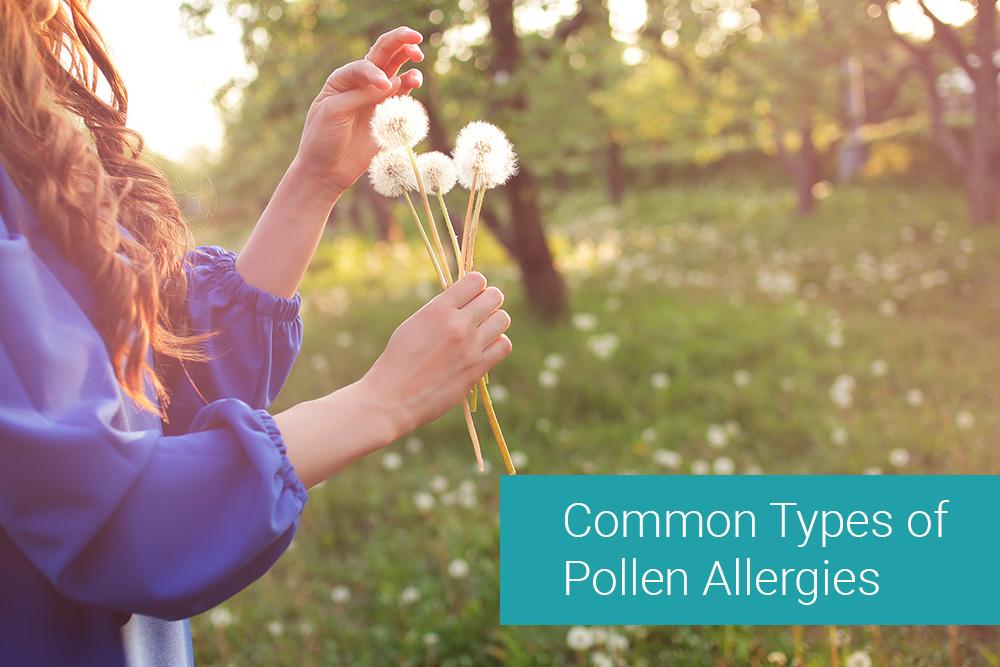 There are several common kinds of pollen allergies, including:

Trees generally produce the most pollen in the springtime, so you can sometimes narrow down your pollen allergy based on the season. Tree pollens, like mulberry, olive, and privet, often cause the most severe allergy symptoms in Las Vegas allergy sufferers.

Grass is the most common source of pollen allergies and is often considered a standalone type of allergy trigger. Grass pollen may also produce symptoms at certain times, depending on where people live. In the northern part of the US, for instance, grass pollen is most prevalent later in spring into early summer. In the southern portions of the country, on the other hand, grass pollen may appear more often in other seasons, and it can produce worse symptoms. Grass pollen, primarily Bermuda, in Las Vegas can cause year round symptoms. While a grass pollen allergy may sound like an all-encompassing allergy, grass pollens and allergies can be divided into many different categories. Some grasses that produce the most allergies are Bahia, Bermuda, Fescue, Johnson, Kentucky Blue, and Timothy.

Weeds classically cause problems in the fall but in Las Vegas some weeds pollinate in the spring. About 15 percent of people who suffer from pollen allergies can attribute the source of their allergies to ragweed. It is common in just about every state of the continental US. Ragweed also disperses easily on air, which means it can be a difficult allergen to avoid.

How Do Pollen Allergies Work? 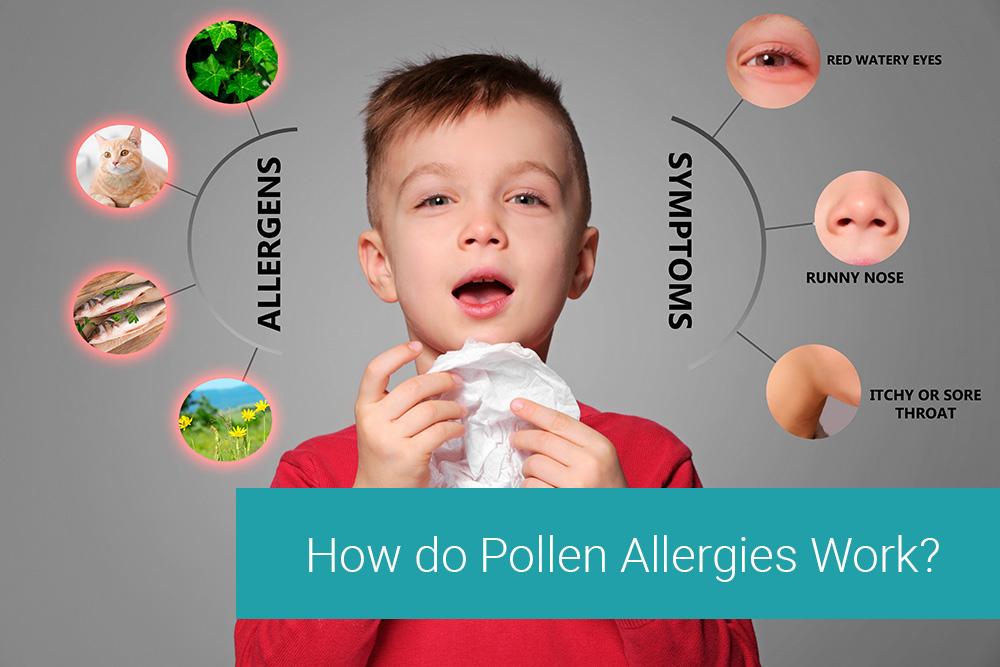 Although you are reacting to a specific trigger, pollen allergies work the same way as other allergens. Allergic reactions are largely due to a protein produced by the body called Immunoglobulin-E, or “IgE” for short. IgE is an antibody created by the immune system to ward off a substance deemed potentially hazardous by the body. People who have an allergy may generate more IgE than people who do not have an allergy. They produce more IgE than others in response to a substance like pollen, which triggers an allergic reaction.

What are the Symptoms of an Allergic Reaction?
As with other Las Vegas allergies, pollen can produce a wide range of symptoms. Itchy, watery eyes, sneezing, and a runny nose are some of the symptoms most frequently reported with pollen allergies. Since pollen can be produced year-round, some people may only experience symptoms when pollen counts are highest or certain kinds of pollen are produced. In contrast, others may have allergy symptoms throughout the year. Ragweed pollen, for instance, which is a common pollen allergy, mainly produces symptoms in the fall.

Understanding a Pollen Count
You may have heard of the term “pollen count” before, but what does it mean for you, and how does it apply to allergy sufferers? A pollen count shows how much pollen is currently in the air. Many websites and news stations have pollen count forecasts. A pollen count is obtained by the National Allergy Bureau of the American Academy of Allergy, Asthma, & Immunology. This organization has estimates of pollen counts across the country. Pollen counts typically focus on one type of pollen, which can help you determine the most prevalent pollen in your area and take the necessary steps to avoid exposure.

How is a Pollen Allergy Diagnosed? 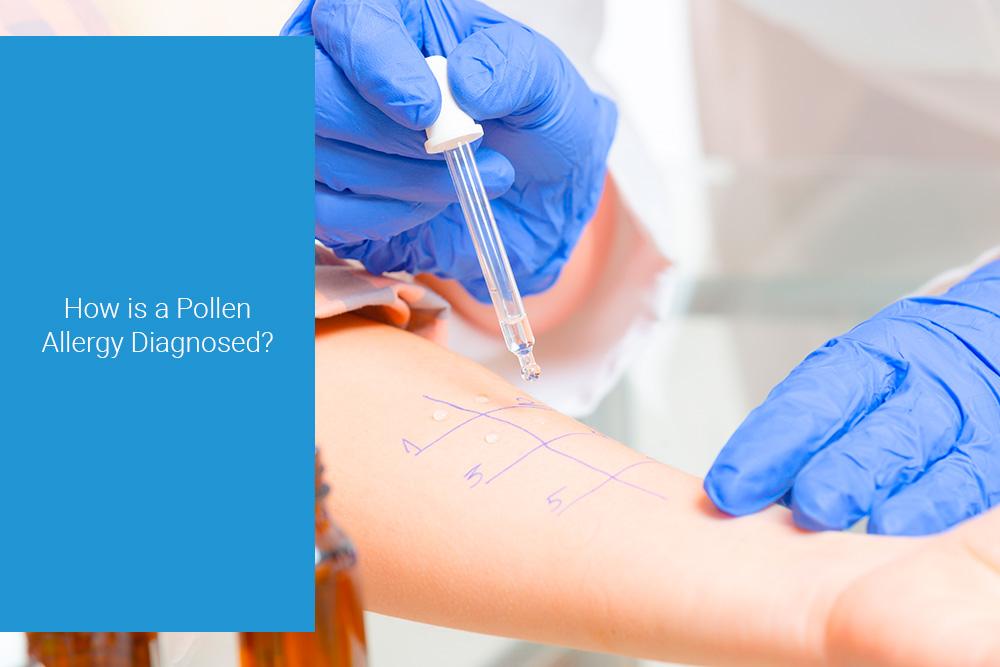 As with other allergies, your allergy specialist in Las Vegas can perform allergy testing to figure out what kind of pollen you are allergic to. The most common allergy testing methods are a skin prick test, called an SPT, and a blood test. A skin prick test involves a doctor or nurse placing a small amount of the suspected allergen on your skin. The nurse or doctor then pricks or scratches the spot with a needle. If your body develops IgE antibodies against the allergen, the spot where the substance was applied will turn red. You might also notice hives and itching that last about 15-20 minutes. A raised, round area called a wheal might also develop. Generally, the larger the wheal is, the more likely you are allergic to the allergen in question. A blood test is another commonly used test to determine if a person has allergies. The IgE test is generally used if you have skin conditions that would make a skin test difficult or if you take medications that may affect skin testing. A blood test can also be helpful for children who do not want to undergo skin testing.

How to Prevent an Allergic Reaction
Whether you’ve received a positive diagnosis or not, a Las Vegas allergist can recommend taking steps to reduce an allergic reaction to a pollen allergy. To start:

If you think you’re suffering from pollen allergies or Las Vegas allergies and want to find an “allergist near me,” you can make an appointment at Tottori Allergy and Asthma by calling (702) 240 4233 or by scheduling an appointment online. 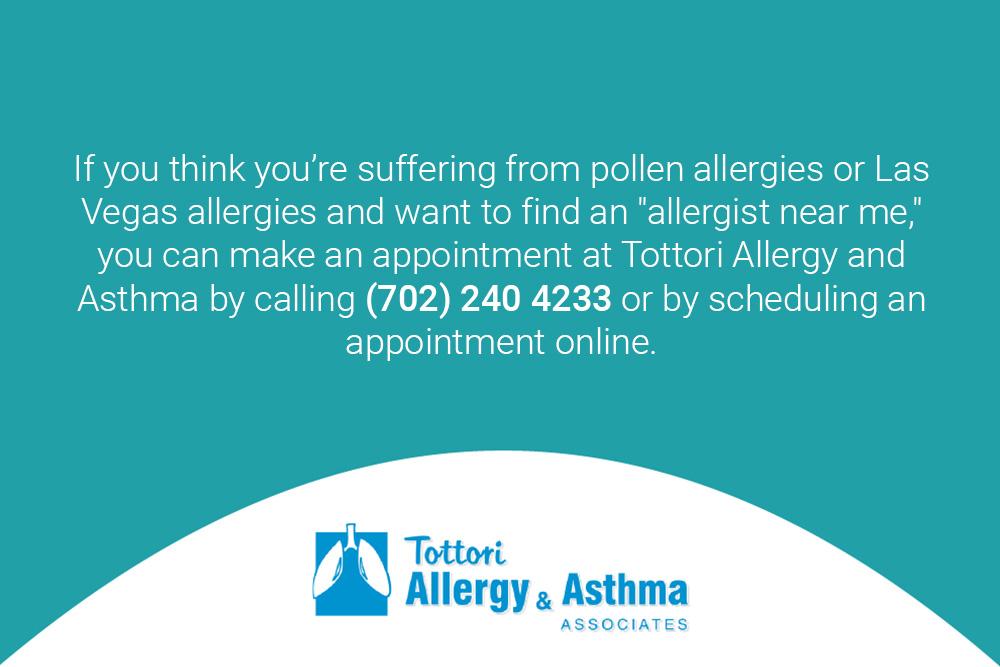 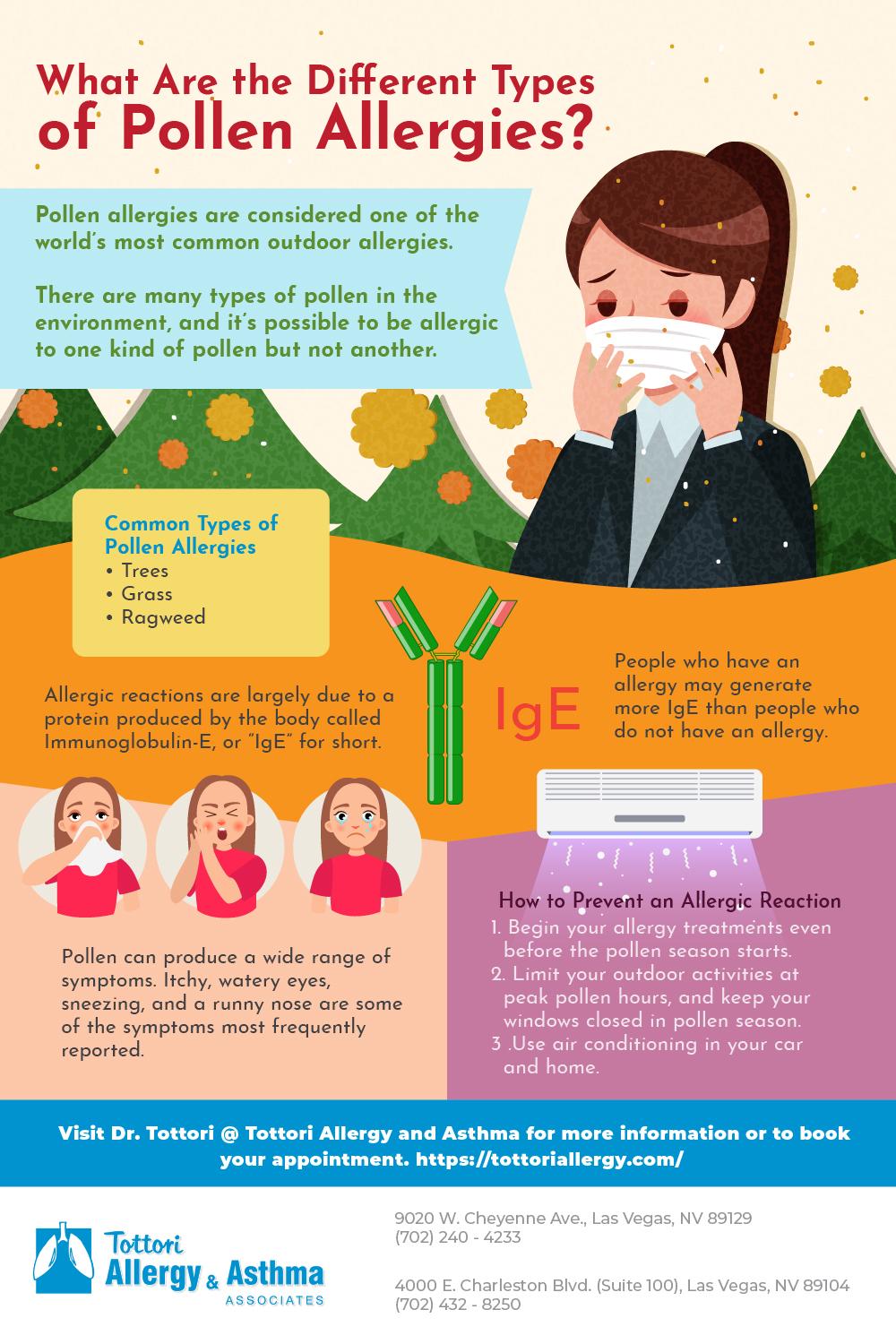 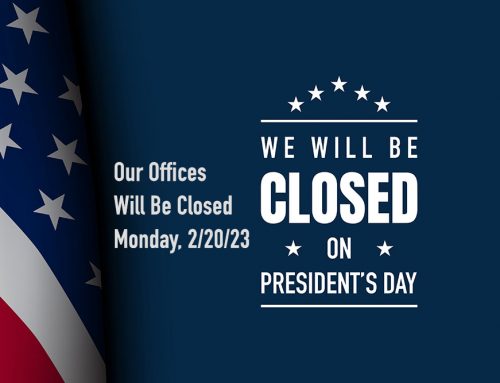 We Will Be Closed For Presidents Day

We Will Be Closed For Presidents Day 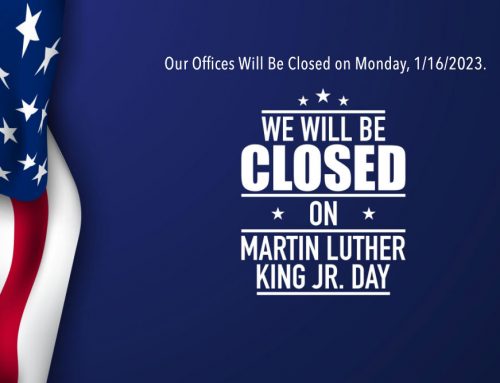 We Will Be Closed For Martin Luther King Jr. Day

We Will Be Closed For Martin Luther King Jr. Day 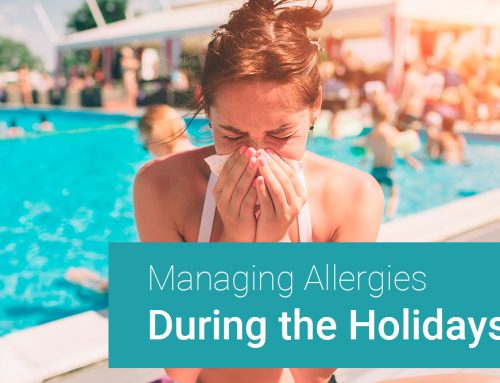 Managing Allergies During the Holidays

Managing Allergies During the Holidays 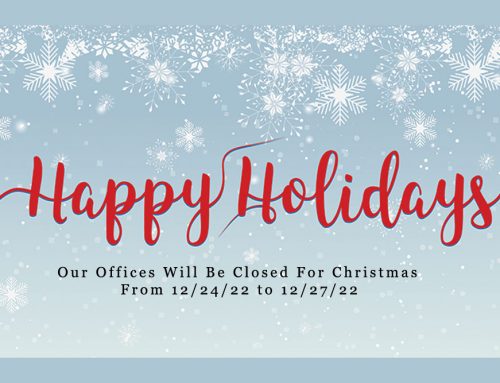 We Will Be Closed For Christmas

We Will Be Closed For Christmas