Signs it is Time to Call a Las Vegas Allergist 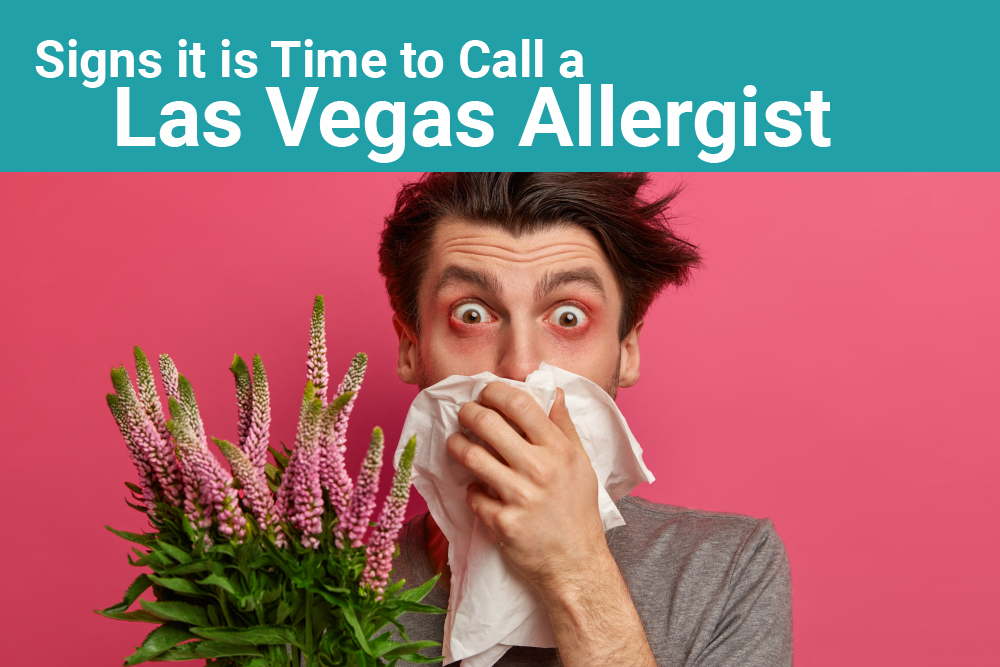 Symptoms such as sneezing, coughing, and itchy, watery eyes can be attributed to a number of problems. If you can’t pinpoint the cause of your symptoms, it may be time to contact a Las Vegas allergist. Allergies are a common culprit behind these common symptoms and more. A doctor can perform some tests to see what kind of allergies you may have and recommend treatment accordingly. If you’re ready to get relief from your symptoms, here are some clues that it’s time to contact an allergy doctor Las Vegas. 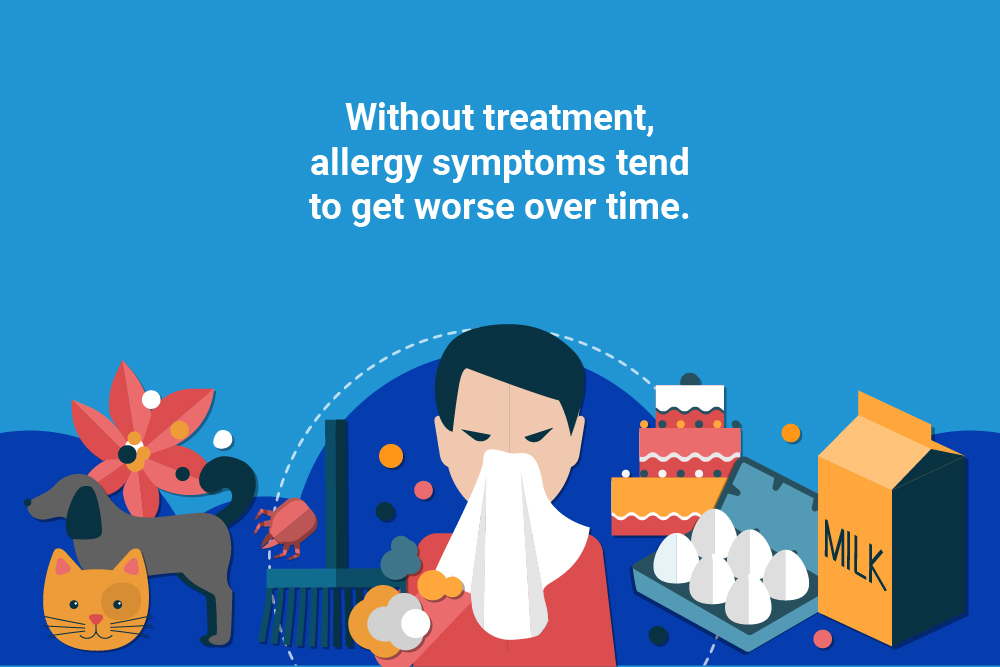 With the exception of sudden and severe reactions, most allergy and asthma symptoms develop slowly over a period of time. Allergic reactions are most common in the respiratory and digestive systems. They may appear wherever immune system cells contact perceived invader pathogens (allergens), which may happen if the substances are swallowed, inhaled, or make contact with the skin.

While symptoms and severity may vary from one person to the next, the following symptoms are frequently associated with allergies: 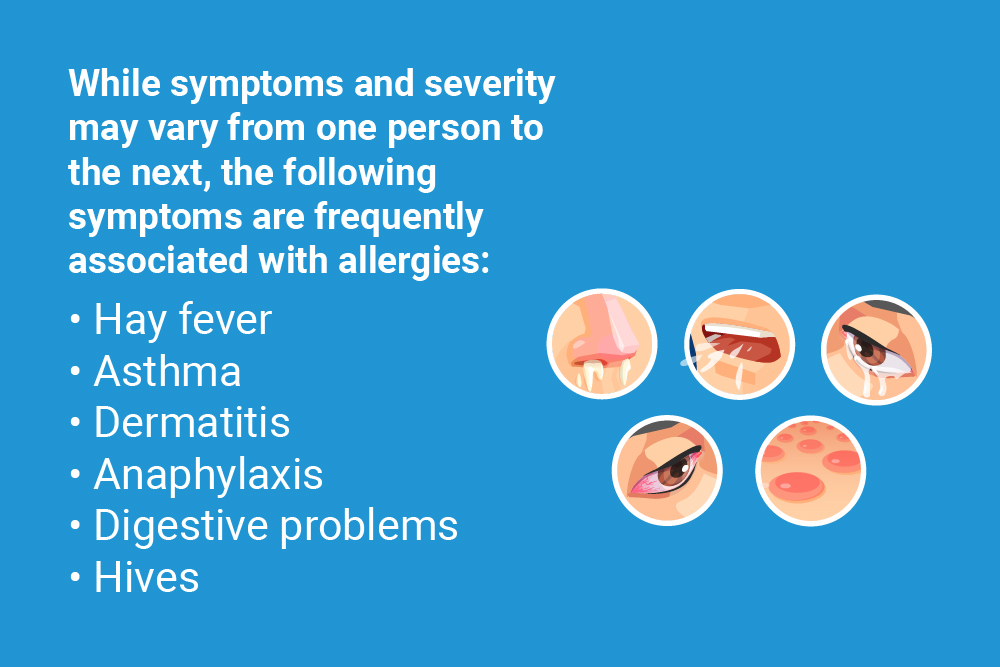 Hay fever, which is also called allergic rhinitis, is a common symptom associated with Las Vegas allergies, especially pollen and plants. Allergic rhinitis is a term used to describe allergic reactions that impact the nose. Symptoms of allergic rhinitis may include itching in the nose, eyes, or roof of your mouth. You may also experience congestion, sneezing, or a runny nose. While allergic rhinitis describes these symptoms at any time of the year, they are called “hay fever” if they develop during the fall, spring, or summer months. If your allergic rhinitis symptoms appear during the winter, they may arise as a result of exposure to other pathogens along with plants, grasses, and trees, such as indoor molds, pets, dust mites, and indoor allergy triggers.

Asthma is another symptom associated with allergies. Asthma impacts the lungs and respiratory system. Depending on the severity of your allergies, asthma symptoms can range from mild to severe. If you suspect that you’re having an asthma attack, which is a serious reaction, you’ll need to get medical attention right away. An asthma attack may include difficulty breathing, coughing, wheezing, or tightness in the chest. Less severe asthma symptoms may include a chronic cough or mild general discomfort in the chest.

Dermatitis refers to allergy symptoms that arise when your skin comes into contact with an allergen. Dermatitis also includes hives and eczema, which is skin irritation characterized by dry and red skin. Sometimes, there may be a delayed reaction from the time you have contact with an allergen to the time that symptoms develop. This often happens with poison ivy and poison oak. However, you may also develop a reaction to certain foods, insect bites or stings, medications, and chemicals.

Anaphylaxis is another allergy symptom. While it is less common, it is also a severe reaction that requires immediate medical attention. Anaphylaxis is a dangerous and potentially fatal systemic allergic reaction. It is often triggered by food and insect stings, such as bees. You may experience a number of unpleasant symptoms such as swelling of the tongue, mouth, or throat, redness on the skin, hives, a drop in blood pressure, difficulty breathing, and digestive problems such as vomiting or diarrhea. While some allergy symptoms may take awhile to develop, anaphylaxis usually starts quickly, and symptoms may rapidly get worse.

Digestive problems are also associated with allergies. Exposure to food that you are allergic to can create an allergic response in your digestive tract. You may experience nausea, vomiting, or diarrhea as a result. If you notice that the symptoms reappear repeatedly, consider keeping a journal of when you notice symptoms and what foods you consumed prior to the onset of symptoms. This will give your Las Vegas allergy doctor some clues as to what might be the underlying problem when you schedule an allergy appointment. 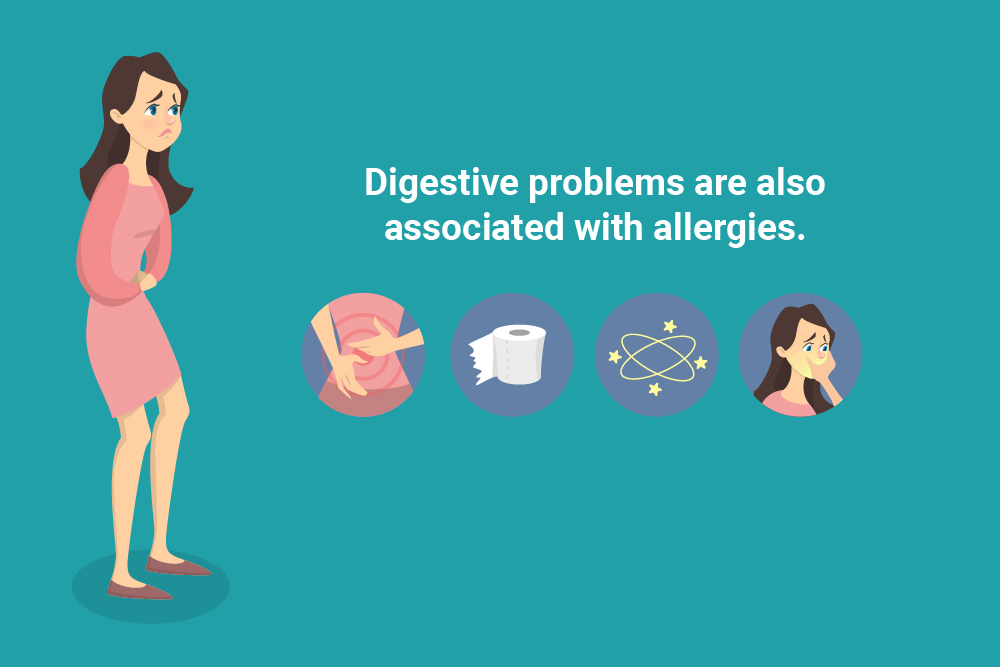 Hives are another symptom associated with Las Vegas allergies. Hives may appear after touching a substance that you’re allergic to or if you get stung by an insect. Hives will cause red welts on your skin, and they may appear anywhere on the body.

Your Symptoms are Bothersome or Getting Worse

Without treatment, allergy symptoms tend to get worse over time. If you notice that your symptoms don’t go away quickly or seem to reappear on a regular basis, you’ll want to get tested for Las Vegas allergies. These patterns are also a good indication that your problems are related to allergies rather than a passing illness like a cold or flu, which will produce similar symptoms that also disappear after the illness runs its course. If your symptoms cause problems that impact your quality of life, such as chronic sinus infections or trouble breathing, you’ll want to seek help from a professional to get relief. Since your doctor will ask about your medical history at your allergy appointment, it will help if you can write down some notes about your symptoms such as when they appear and how long they last.

What Can I Expect at an Allergy Appointment?

Once you’ve determined that you may have allergies, you’ll want to book an appointment with an allergy doctor Las Vegas. An allergist will ask about your medical history at your appointment, including your symptoms and any known allergies in the family. The allergist may also perform allergy testing using a skin test or a blood test to check for allergies. If it turns out that you do have allergies, your doctor will also recommend coping strategies, such as learning to avoid the allergens that cause your reactions and managing your symptoms if contact is unavoidable. 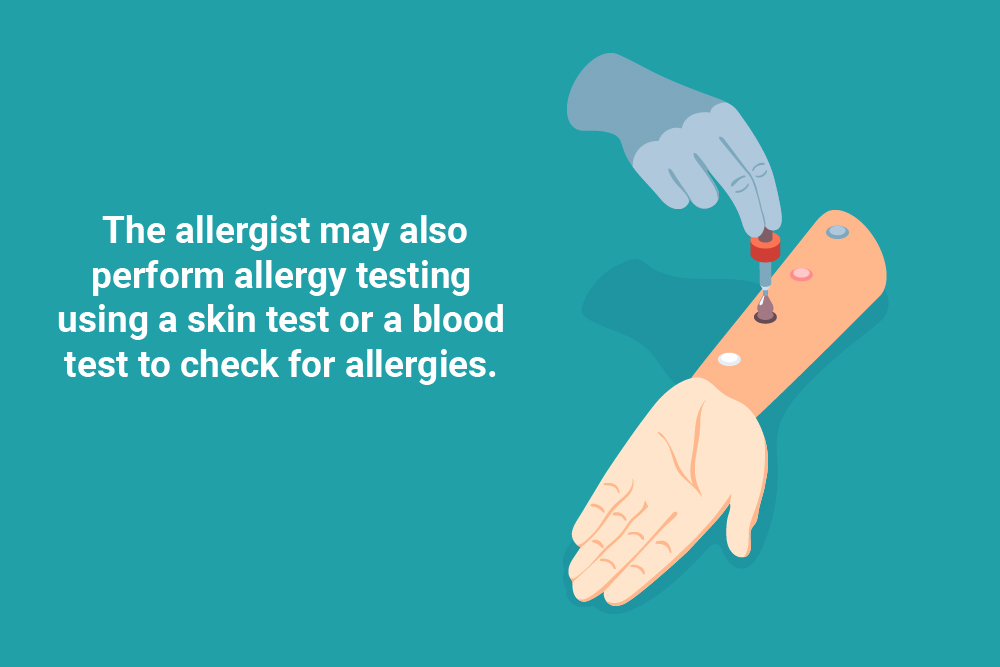 One of the most common and reliable mechanisms for an allergist to diagnose allergies is through allergy testing. There are several ways an allergist can test for allergies, including a skin test, blood test, and food challenge.

A skin test is also called a scratch test. It’s one of the simplest and easiest allergy tests, and it provides quite accurate results. A skin test is used to check for food-related, contact, and airborne allergies. For most tests, your doctor will apply a small amount of a suspected allergen on your skin and wait to see if a reaction occurs. A blood test may be used in cases where a skin test is deemed unsafe or less efficient. Many food-related allergies are diagnosed with a blood test. If your doctor suspects food allergies that are not severe, you may be asked to remove certain foods from your diet and then add them gradually back in. 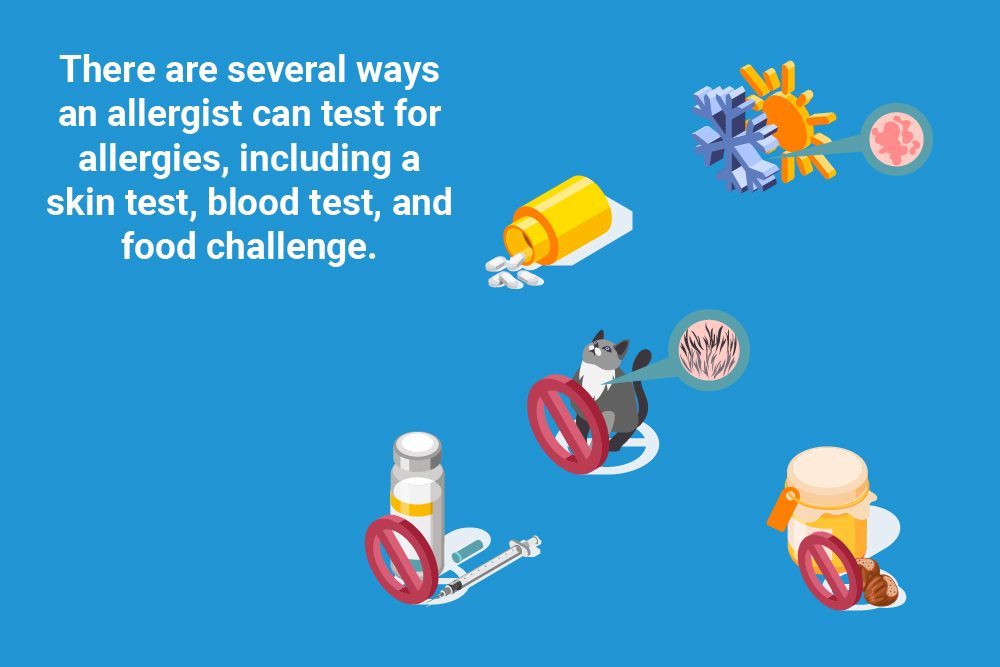 Once your doctor has identified an allergy, the next step is creating a treatment plan to safely and effectively manage your allergies. You may receive medication and additional instructions from your doctor on how to avoid allergies or manage symptoms if you do come into contact with harmful pathogens.

If you’re wondering “where can I get an allergy shot?” or otherwise find relief from your allergy and asthma symptoms, let an experienced allergy doctor in Las Vegas help. Contact Dr. Tottori today by calling (702) 240 4233. You can also visit our website to learn more and book an appointment online for adult and pediatric allergies. 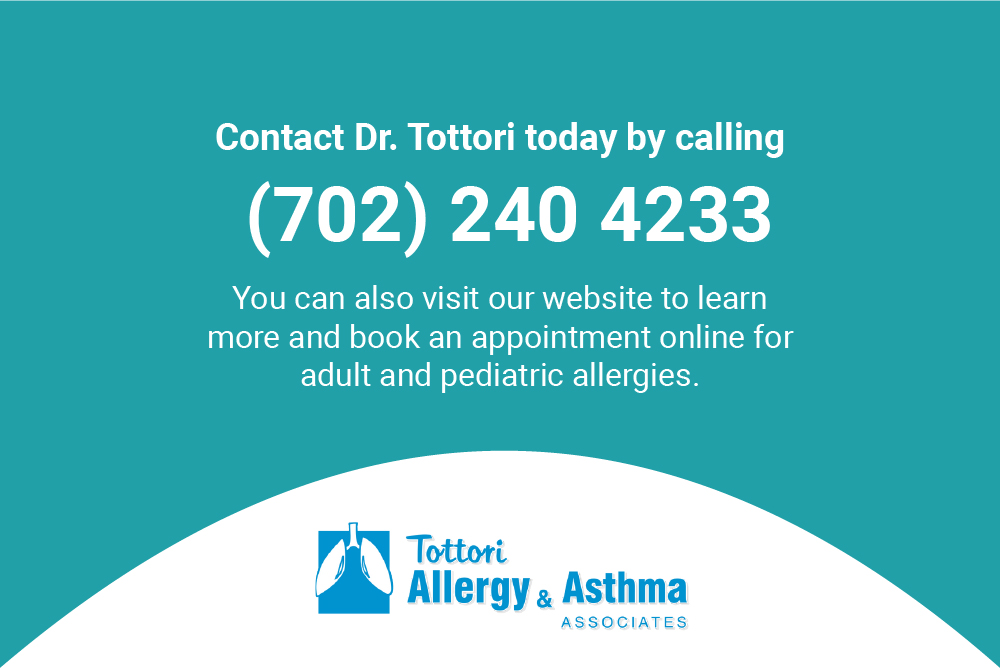 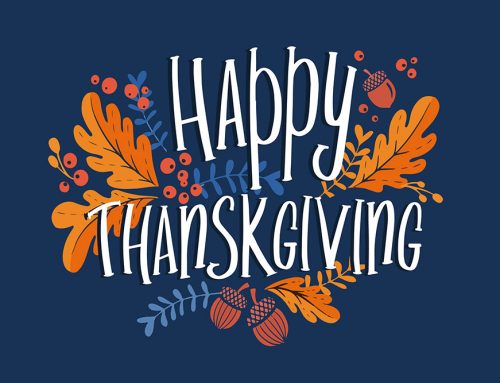 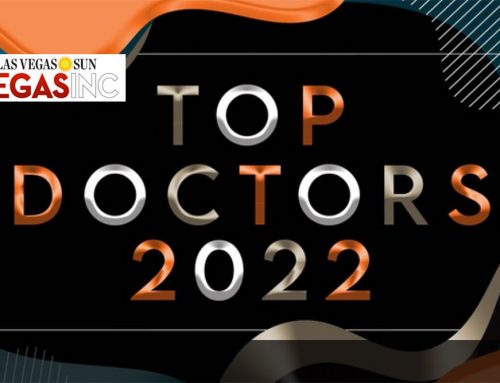 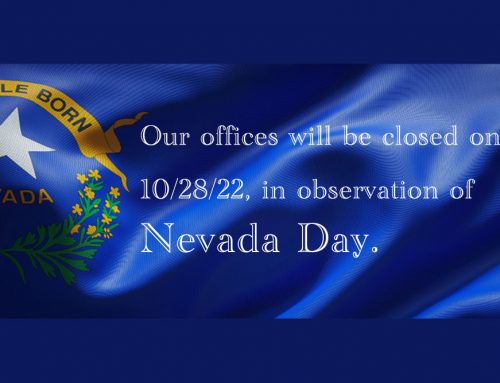 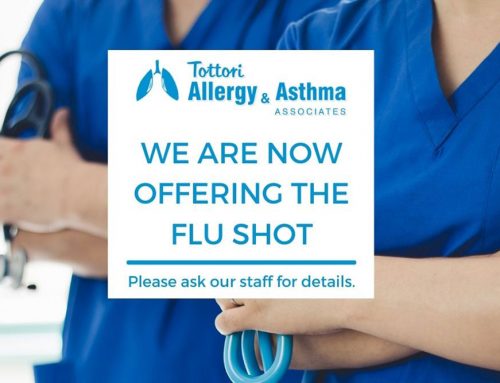 We Are Now Offering the Flu Shot

We Are Now Offering the Flu Shot